A blogger “GP Cox” that I follow had a blog  “25 April ANZAC Women“. It made me think of the Australian and New Zealand airmen during WW2 who crashed and are buried in Denmark as they passed Denmark on their way to or from bombing Germany. The bombers were shot down with anti-aircraft guns and at night German night fighters.

On an Australian internet site I found the following description of ANZAC:

What is Anzac Day?

Anzac Day, 25 April, is one of Australia’s most important national occasions. It marks the anniversary of the first major military action fought by Australian and New Zealand forces during the First World War.

What does ANZAC stand for?

ANZAC stands for Australian and New Zealand Army Corps. The soldiers in those forces quickly became known as Anzacs, and the pride they took in that name endures to this day.

Lancaster ME650 crash near Skarrild

In connection with the RAF’s first bomb attack on Königsberg (now Kaliningrad) in East Prussia, the Lancaster ME650 crashed on 27 August 1944 at Clasonsborg in Skarrild parish. The entire crew was killed. The German forces would bury the killed “on the spot”, but local Danish citizens obtained that they were buried in the Skarrild churchyard (Source: Airmen.dk).

Overview from AirmenDK with details of the Lancaster ME650 that crashed at Clasonborg.

At the liberation of Denmark from the German occupation on May 5, each year commemorates wreath-laying on the airmen’s grave. Here May 5, 2019, where members of the Home Guard stand guard.

Unfortunately, in the year 2020, the commemoration of May 5 had to be canceled and replaced with candles in the cemetery and ringing with the church bell from 8 pm to 9 pm (Link here). 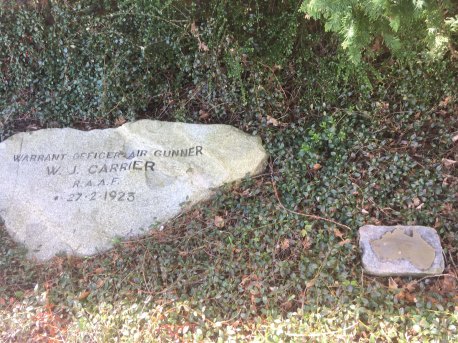 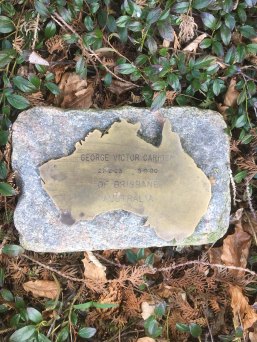 Headstone of Warrant Officer William John Carrier Air Gunner from the Royal Australian Air Force 21 year was the son of George Ernest and Ada Elizabeth Carrier, of Coorparoo, Queensland, Australia. His twin brother George Victor Carrier wanted to be laid to rest beside his brother. His nephew traveled in 1991 from Australia with the urn. The small stone with the plaque with his name was placed on the grave in 2002. 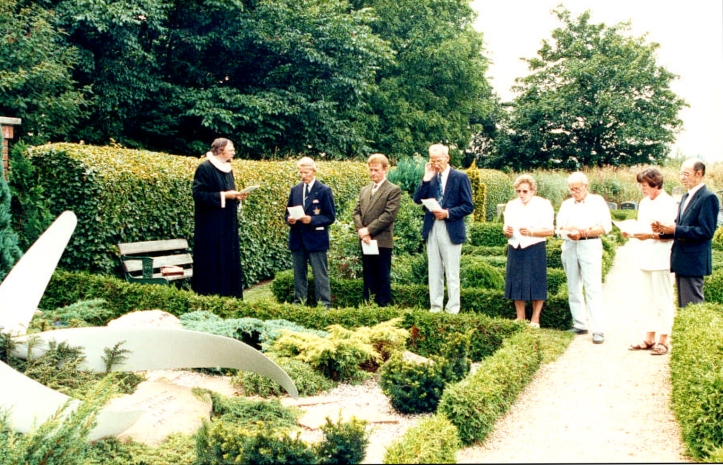 Flag into the church 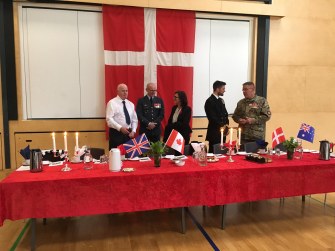 From the memorial 5. May 2019 at Skarrild cemetery and church and afterward at the school.

At least 17 planes crashed in Danish territory during a great overflight of Denmark on the night before 21 April 1943 targeting Stettin and Rostock. From Stirling BF506 (Rostock) they just had time to send a signal home that the plane was burning, before it crashed and splintered at Bøgballe west of Horsens. All of the crew were killed.

Overview from Airmendk with details from Stirling BF506 crashed at Bøgballe. Four of the airmen were from the Royal New Zealand Air Force (RNZAF) and three from The Royal Air Force (RAF).

Mads Nielsen who was undertaker at the time had to collect parts of bodies and put them into coffins that he had provided. He could never forget the young airmen. That was why he celebrated his 85th anniversary on 2 April 1971 by unveiling the memorial stone at his own expense. 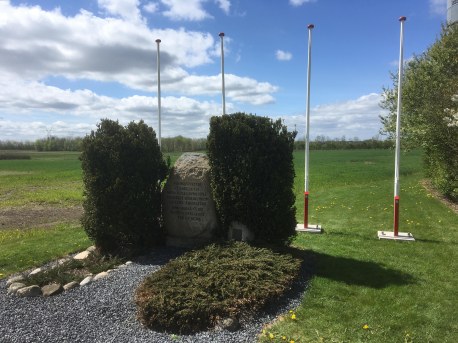 The memorial stone for the seven airmen placed by Mads Nielsen. Maria and I visited the place 3. May 2020 and flag posts were in place for the memorial the 4. May.

Due to the Corona the usual gathering was not possible but colonel Kim Dalgaard Poulsen from the Home Guard laid a wreath (source: Hedensted News).

All the airmen were laid to rest at Fourfeld Cemetery at Esbjerg.

Headstones of the seven airmen from Stirling BF506 there crashed at Bøgballe.